"We are fighting for Respect!"

not members and no page tag

"Respect means not asking your employees, no matter how many years they've been with the company, to go back to the starting wage rate.Respect means valuing our years of service.We have members who have been here for 10 plus years. Respect means giving value to their loyalty and hard work."

Local Y021 Yukon Arts Centre workers took strike action yesterday, with members on duty walking at off the job at noon. They arrived at the YEU Hall's Lucy Jackson Training room for a Strike Training session for most of the afternoon.  Members shared how they were feeling about the upcoming picket line, reviewed how to conduct oneself on the line, and made picket signs.

The picket line went up at the Arts Centre at 6pm for the sold out Basia Bhulat show. This “small but mighty” unit that has never been on strike jumped in with both feet. Support in the form of Tim Horton's  arrived shortly after the picket line went up, thanks to a volunteer. The striking workers also had support from family and friends on the line, and more volunteers have offered to walk in solidarity with them the next time they hold a job action.

Journalists from the Whitehorse Star and Yukon News arrived to the line and theatre patrons started arriving.  Although they were nervous, striking members informed patrons of the strike action and were elated and excited to have our first patrons say they would not cross and turn to walk away! Over the span of half an hour before the show, approximately 20 patrons refused to cross our picket line. Others crossed only long enough to go in and speak with the CEO Cassey, and then came out to leave.  Each time, this was shared with all on the line and celebrated! Many attendees who chose to cross our picket line took our Fair Wage stickers and wore them as a show of support as they entered the Arts Centre.

The show started half an hour late, and to the best of reports and estimates, it appear that the sold out show had only 1/3 of the seats filled. Comments on the Yukon Arts Centre facebook page were supportive of the striking workers and angered that the Arts Centre management did not communicate anything to its patrons about the circumstances of the show. Due to the strike, the four Arts Centre managers were working to run the event, which should have included a cash bar. Reports are that due to the fact no staff were available to run the bar, the beer intended for cash sale was provided free of charge.

The show was expected to run 2.5 hours with an intermission; the intermission did not happen and the show seemed to end early. As patrons left, some stopped to chat; we heard that comments were made to the CEO such as "instead of giving out free beer, employees should be paid a fair wage!"

Both PSAC North and YEU leadership Lorraine Rousseau, Steve Geick and Justin Lemphers were in attendance to show their support as was YFL President Ron Rousseau.  The members appreciated the support from leadership for this very important first action. We were fortunate to also have the PSAC Negotiator attend the picket line upon their arrival back in Whitehorse.

Anxious members put up a picket line at 6pm; empowered and confident members ended their evening's efforts with a chant, and a loud whoohoo shortly after 9pm. During strike training in the afternoon, members felt uncertain of the reason for a chant - by mid evening all members were chanting in unison, feeling the solidarity and impact of their determination.

This first action and picket line last evening was a huge success! 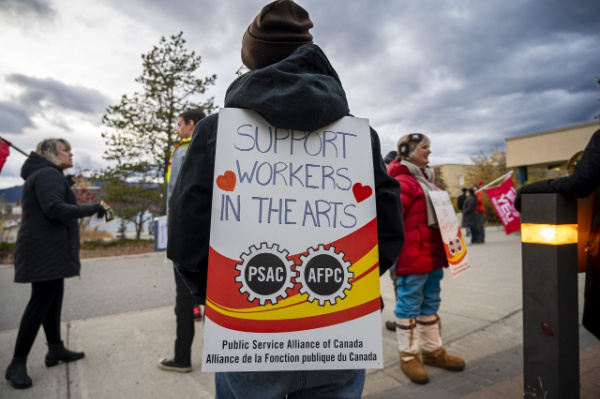 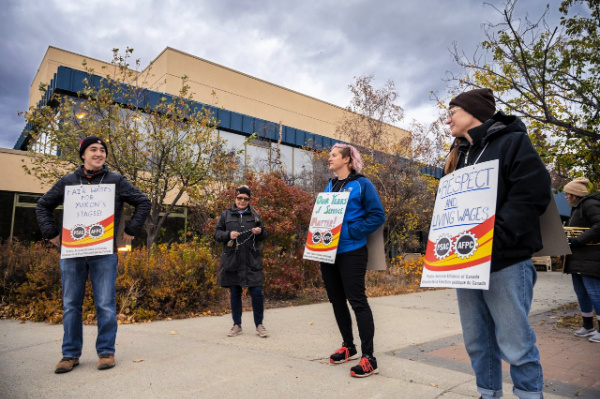 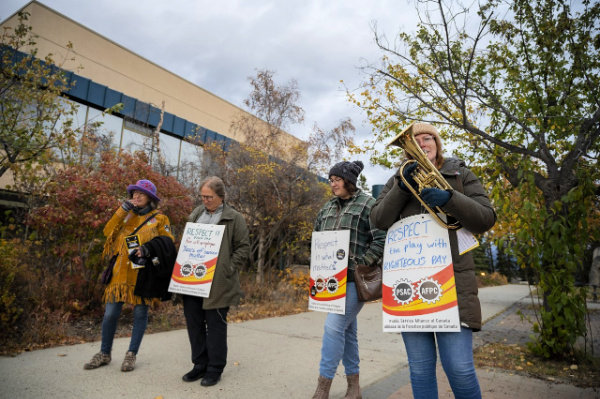 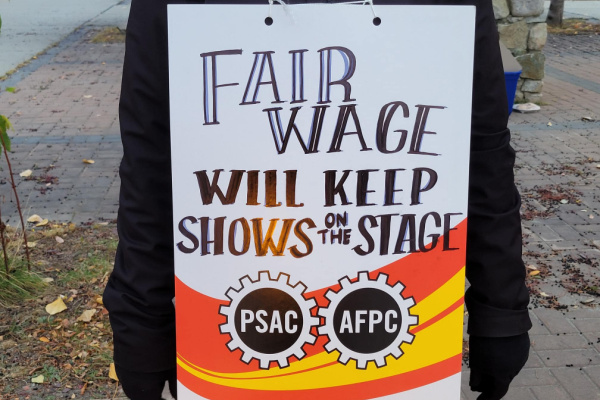